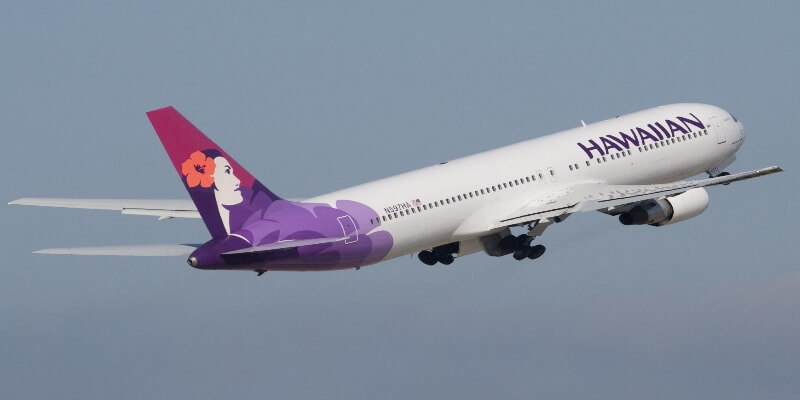 Though wireless internet connectivity during flights is becoming a common means of getting customers more entertained on air, some airlines are yet to include this service on board their airlines. Hawaiian Airlines are among the few who are yet to have in-flight Wi-Fi services onboard any of their aircraft.

Hawaiian Airlines is the largest commercial airline operating flights to and from Hawaii, United States. Headquartered in Honolulu, Hawaii, they offer continuous airline services to Hawaii from different domestic and international destinations.

In 2018, Jon Hemmerdinger reported on FlightGlobal that Hawaiian Airlines considered adding in-flight Wi-Fi to its airlines. According to their CEO Peter Ingram, they put a lot of options and network providers into consideration.

Still, in 2019, there was news that Hawaiian Airlines postponed adding internet Wi-Fi on board the fleet.

According to Seth Miller on Patex.Aero CEO Peter Ingram indicated the reason for the postponement being that adequate technology is still unavailable to supply high-speed internet Wi-Fi for its customers.

In other words, airlines flying to and from the Pacific Ocean offering internet Wi-Fi have to be equipped with satellite Wi-Fi to survive these signal shifts. Of course, mainly international planes are equipped with such technology and can cover the expenses acquired in maintaining this option.

However, Peter Ingram mentioned that Hawaiian Airlines would eventually decide when and who would be the provider of their in-flight Wi-Fi. He hinted at it being a future project as they await more innovatory technology.

Meanwhile, there are some other fascinating details about the in-flight services onboard Hawaiian Airlines.

Despite the inability to stay connected to the internet during flights, passengers onboard Hawaiian Airlines can hardly complain about the lack of in-flight entertainment. On their aircraft, Hawaiian Airlines have means of preoccupying their passengers.

According to the customer help page on their website, onboard their A321 neo aircraft, you can wirelessly stream various entertainments on your mobile phone by connecting to their Wi-Fi using the Hawaiian Airlines App. Before your flight, download the free app either on Google Play or iTunes.

First Class passengers do not need to download the Hawaiian Airlines App. Private entertainment tablets are made available for streaming.

Also, on the A330 aircraft, there are TVs connected to the Wi-Fi streaming service. You can stream movies, music videos, television shows, and play cool games. International flights come with complimentary earbuds, while domestic ones require bringing one’s earbuds or purchasing onboard.

The following are steps to connect to Hawaiian Airlines Wi-Fi onboard their A321 neo airline:

In-flight entertainment services are complimentary. It means that you already paid for the service while purchasing your ticket. There are no extra charges for streaming videos on mobile phones onboard.

Does Hawaiian Airlines Have In-flight Wi-Fi?

Who Is The Internet Provider Of In-flight Internet Wi-Fi On Hawaiian Airlines?

Since in-flight Wi-Fi is still unavailable on Hawaiian Airlines, they do not have any network provider.

Is It Possible To Connect to Hawaiian Airlines Wi-Fi?

No. Hawaiian Airlines is yet to launch in-flight Wi-Fi services.

What is the Speed of Hawaiian Airlines In-flight Wi-Fi?

Wi-Fi speed is inapplicable since it does not exist on Hawaiian Airlines.