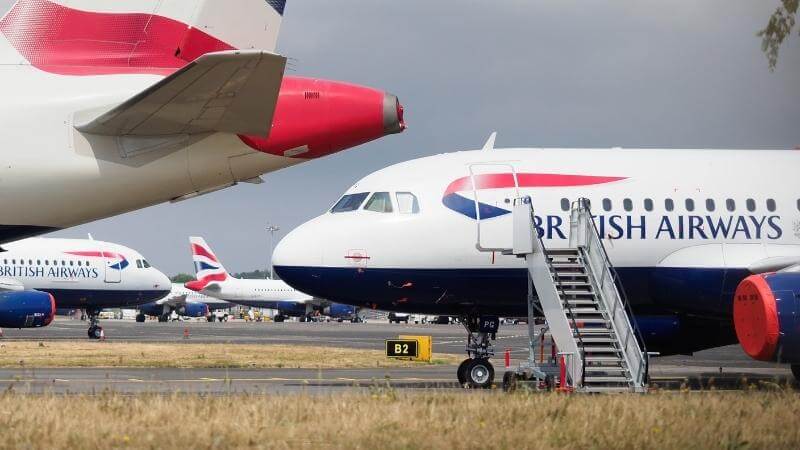 British Airways has steadily expanded its onboard Wi-Fi service, from short domestic flights within Europe to long-distance international routes. Though somewhat late to the game, British Airways now has at least 90 per cent of its fleets modified with onboard Wi-Fi.

It kicked-started its onboard Wi-Fi named .air in 2016. Using satellite communications, they rebuilt their aircraft at an impressive pace. In attribution to their late timing, they ended up with the newest technology, second-generation, compared to their counterparts who started with the feature earlier.

Network Provider Of Onboard Wi-Fi For British Airways

Gogo, an in-flight internet company, provides onboard Wi-Fi on British Airways. It operates its modernized 2Ku satellite technology in supplying broadband internet service for many other airlines.

Aeroplanes Equipped With Onboard Wi-Fi On British Airways

Both short-distance and long-distance aircraft are slated for upgrades to include onboard Wi-Fi. Meanwhile, because some British Airways planes will be retired, not all of them will have onboard Wi-Fi.

Presently, aircraft with onboard Wi-Fi are:

Short-distance aeroplanes, excluding those about to be phased out, were mainly outfitted with Wi-Fi. They include:

Airlines Without Onboard Wi-Fi On British Airways

Because the speed distribution is between all people on board, it is variable. Consequently, it is either fast or slow based on the number of persons on a particular flight.

It is also affected by satellite switches, flying away from covered areas or over restriction zones on long-distance flights, and travelling over the waters on short-distance flights outside Europe.

Your purchased Wi-Fi package also determines the speed since the ‘Stream’ mode is faster than the ‘Browse’ mode.

If you are fortunate to travel on an aircraft with Wi-Fi service, here are steps to connect to Wi-Fi:

On long-distance flights with Wi-Fi except for A350 and787-10, charges are time-based rather than data usage. They have two purchasing options: Browse and Stream.

The current pricing is as follows:

For short-distance aircraft, the pricing depends on the distance travelled. The current pricing is:

Because the paid time plans run concurrently and cannot be interrupted, Wi-Fi timing runs continuously even if the user disconnects.

Also, keep in mind that a whole flight refers to a single flight leg and that current rates and services may vary over time.

If you had issues connecting to Wi-Fi on board after your purchase,  you could request a refund using these steps;

However, it is advisable to allow up to 72 hours to hear from the customer care team.

Other In-flight Entertainment On British Airways

Optionally, one can watch movies using the onboard screens with personal headphones.

Also, they have a kiddies channel on the entertainment system for children’s pleasure during flights.

All of these alternatives, as well as others, are available on their entertainment page.

Yes. At least 90 per cent of its aircraft have onboard Wi-Fi.

Is The Internet Wi-Fi Connection Secured?

The Wi-Fi connection is as secure as other on-ground public Wi-Fi. It supports VPN and HTTPS websites.

No. The Wi-Fi service is purchased onboard. However, the service is free for first-class passengers travelling on Wi-Fi-enabled long-distance aircraft.

Despite the late start, British Airways worked at an impressive pace to satisfy customers with high-speed Wi-Fi.

They also offer reasonable prices based on timing rather than data usage, though it is currently free for first-class passengers travelling on Wi-Fi-enabled long-distance flights.

Hopefully, Wi-Fi would be accessible in all their fleets for all passengers to enjoy at a reasonable price.