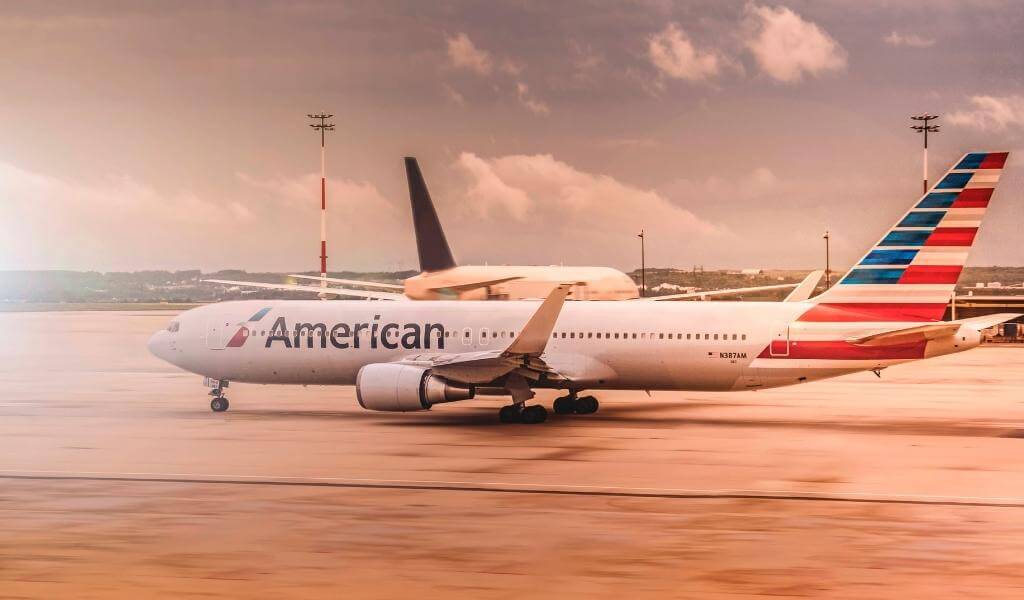 Are you worried about meeting up with work or clinching important deals while flying? Then you probably should consider booking American Airlines with its top-speed, satellite-based Wi-Fi aircraft, though it might be a bit pricey.

Established in 1930 with its head office in Dallas/Fort Worth, Texas, United States, the airline got named by Statista as the world’s largest airline in terms of fleet size, passengers flown, and revenue generated.

American Airlines operates more than 6,500 daily flights to 350 domestic and international cities in 50 different countries alongside its partner, American Eagle – the regional flight’s operator. It is also a co-founder of the oneworld® alliance, one of the top airline groups in the world.

American Airlines maintains a large fleet of Boeing and Airbus aeroplanes to support its extensive network.

Passengers can get satellite-based in-flight Wi-Fi provided by either Panasonic, ViaSat, or Gogo, depending on the particular aircraft booked.

International flights are serviced by Panasonic, while Gogo and Viasat cover the rest of the aircraft.

Below is the tabular list of aeroplanes installed with Wi-Fi service and their various service providers:

In-flight Wi-Fi is available on all international flights and nearly all domestic flights depending on the aircraft.

Buying a Wi-Fi pass ahead of your flight is always cheaper than buying on board. Both pre-flight and onboard Wi-Fi packages are offered on domestic flights, while you can only purchase on board for international flights.

Passengers flying American Airlines have four different options to purchase a Wi-Fi package of their choice. They can visit the American Airlines network portal or the web pages of the three third-party service providers – Gogo, Panasonic, or Viasat.

Via Viasat: Wi-Fiplans for American Airlines passengers using Viasat on domestic routes are as seen below:

Via Gogo: Wi-Fi plans for American Airlines passengers using Gogo on domestic routes are as follows:

The redesigned plan replaced Gogo’s monthly payment plan, formerly applicable only on aircraft installed with Gogo and Viasat Wi-Fi service. It included domestic aircraft flying within the United States or flights connecting the United States and Mexico, Canada, the Caribbean, or Central America, where Wi-Fi coverage is obtainable.

The plan is as seen below:

Also, to access this improved payment plan, passengers need to become an AAdvantage® member with an email and credit card bearing a US billing address saved in their AAdvantage® account.

Customers without an AAdvantage® account can go ahead and buy single internet passes as guests.

How To Find Out If Your Flight Offers In-flight Wi-Fi?

To find out if your flight has available Wi-Fi services, check your boarding ticket or check ahead using the following steps:

How To Connect To American Airlines Wi-Fi?

Connect your mobile devices to the onboard Wi-Fi in four simple steps:

The world-giant carrier began offering internet Wi-Fi using Gogo’s air-to-ground Wi-Fi system but has since switched to remodelling its aircraft with satellite-based Wi-Fi. The retrofitting began in mid-2018 and has so far covered over 900 aeroplanes.

In 2016, the Viasat Ka-band system got selected by the airline to outfit its 737 MAX with satellite-based, gate-to-gate Wi-Fi and subsequently to succeed Gogo’s slower ground-based system. The succession concluded on its narrow-body aeroplane previously using Gogo’s ATG model in mid-2019.

The airline also enlisted the services of Gogo’s speedy 2Ku satellite-based Wi-Fi on its narrow-body domestic aircraft acquired from US Airways. It also offers gate-to-gate connectivity.

As American Airlines retrofitted its aircraft with top-speed satellite-based Wi-Fi, it also made some adjustments to its in-flight entertainment system. It removed seatback screens on some of the aircraft. Passengers on these aircraft can only connect to the system with their devices.

The airline has a vast expanse of entertainment options for its passengers entirely for free. All movies, audios, music videos, TV shows,  live TV channels, and more are available on all Wi-Fi-equipped aircraft via seatback screens or by downloading the American Airlines app on your devices.

Steps to connect to the in-flight entertainment system:

American Airlines also offers lifestyle channels featuring Rosetta Stone and Skillshare for those who wish to learn new skills while flying. Games are also available on the entertainment options.

Note that the entertainment options are entirely free on American Airlines and do not require purchasing a Wi-Fi plan.

Does American Airlines Have Free Wi-Fi?

Which credit cards are supported?

Can I Stream Movies On Netflix On American Airlines?

Yes. Streaming on Netflix, Hulu, HBO, e.t.c. is supported on the in-flight Wi-Fi.